Did anyone watch the Royal Wedding? I watched some parts of it and just melted when I saw Prince Harry’s face. 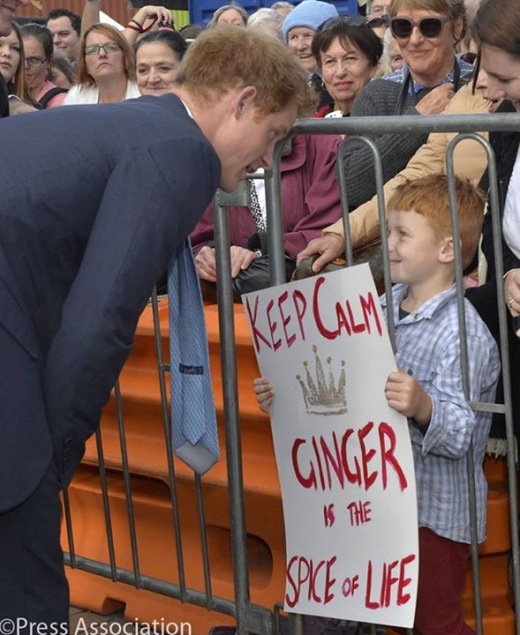 Also, there is something so magical about Britain. For my 40th birthday, I gave myself a gift of a trip to London few weekends ago. It was my very first time going to Europe so I was excited and nervous. I went by myself. I find it very liberating and enlightening to travel alone. It gives me a sense of confidence to put myself way out of my comfort zone, literally so far from home. London seems like an easy way to dip my toes in Europe because they speak English. I navigated the streets and the “tube” systems really well and did all the typical tourist stuff, like hop-on-off bus tours, museums and changes of guards at the Buckingham Palace.

I also went out to several gay bars in Soho. There were so many hot diverse guys, including many gaysians. I talked to several guys and I found them all very friendly. One guy, Evan, is in his mid-40’s, an accountant, who lives in the city. He welcomed me to UK properly. By the way, why does everyone who speaks with a British accent sound so intelligent, pleasant and proper? I even encountered a junkie in the “dodgy” area of London and when he said “please sir, I really need help” it just sounded so kind and generous.

As I swooned over Evan’s British accent, he also taught me several vocabularies. One word I learned was pants. Apparently, they call underwear pants. I was initially confused when he told me about his pants fetish and after his explanation, I was less confused.

Evan invited me to his “flat” and I simply could not resist his offer when spoken in British accent. His place was incredibly modern, like an IKEA catalog. He offered me a drink, again, so proper with an impeccable manner.

After a brief (pun intended) discussion about his pants fetish, we had sex. It was probably the best sex in many years. After sex, we cuddled, talked for a little, then had sex again.

It’s not exactly Prince Harry and Meghan Markle love story but it was a marvelous time. I kept in touch with Evan since and hopefully we can connect again.

Also read Strings Attached and One String Attached about another British guy I hooked up with.